How effective is averaging down for traders? 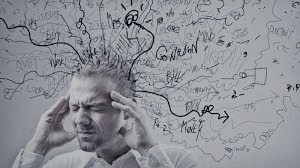 Averaging down is a controversial method of managing positions which involves progressively increasing exposure as losses accumulate. That is, if a trader buys security A and it goes down 10%, he/she can buy more of the same security to increase his/her profit potential at a lower point. Although this strategy may have benefits in certain corner cases, this article will attempt to highlight the various flaws inherent within the averaging down method of position management.

Averaging down is a live event

Traders can theoretically spend an infinite amount of time preparing a strategy and developing contingency plans for the countless events which may occur when they finally execute a trade. For example, a trader who is planning to make trades based on an unemployment report can research the trends surrounding that report until he/she finds the perfect opportunity to make such a bet. In the case of averaging down, traders cannot necessarily do the same thing. That is, because they already have an active position, averaging down requires real-time navigation of that position and discourages preparedness. Of course, it is theoretically possible to average down a position days, weeks, or months after the initial trade was entered, however, doing so requires a direct-violation of the short-term nature of trading.

It is now clear that averaging down requires either managing a position in real time without the flexibility to plan or extending trade duration beyond what was initially intended. Both of these methods have profoundly negative consequences. Managing a position in real time will create psychological pressure to average down (discussed in the next section) and extending the trade beyond its intended duration will subject traders to new variables.

Consider a trader who intended to buy and sell an instrument within one hour; after the trade doesn’t work, the trader then decides that he/she must wait a number of days to find the appropriate opportunity to average down. Now a trade which was designed around the variables relevant to a one hour timeframe must be adjusted to a multi-day timeframe. At this point, the trader is creating an entirely new strategy or is using their old strategy within a timeframe that doesn’t support it. Either way, the attempt to average down through an extended time frame will distort the trading process and potentially increase exposure without mathematical justification.

As the previous section eluded to, averaging down has a powerful psychological effect in that it provides traders with a sense of safety where they would otherwise feel panic. This is because averaging down reduces the hurdle of bringing a losing position into profitability. As a result, emotional traders will feel as though they have hedged their risk despite having simply increased their exposure to something which they already failed to trade effectively. This phenomenon is yet another example of the consequences of unchecked emotional interference in trading. Unemotional investors cut their losses and continue looking for new opportunities while emotional investors keep digging themselves deeper into the same hole.

For those who still wish to practice averaging down, it is important to determine whether the decision is based on analytical reasoning or simply a need to feel safe. Furthermore, in deciding whether to average down, traders should examine whether a decline in price (or increase if the trader is short) improves their original thesis. For example, momentum traders are definitively worse off when averaging down. That is, a trader following the momentum of an upward trend should be less encouraged to buy when the price goes down because the trend is now weaker. As bizarre as it sounds, the psychological pressure for a false sense of safety leaves many traders contradicting their initial thesis in just this way.

Traders who frequently find themselves averaging down into progressively larger losses may consider imposing tighter risk parameters before trading. After all, the emotional bias which encourages averaging down is often a sign that a trader is taking more risk than they can truly handle. Diversification of positions, hedging strategies, and stop-loss orders are all generally more effective risk management tools which prevent emotional bias from derailing profitability.

Averaging down is a better tool for investors than traders

Unlike investors, traders are not particularly concerned with intrinsic value; instead, they use statistics, probability, and technical patterns to quickly realize profits. Given this difference, traders should have no expectation that a security will follow their expectations once it deviates from an initial projection. In fact, as in the example of momentum traders, deviation from expectation may be a signal for traders to reduce position size rather than increase it. Although they are not supported by a reversion to intrinsic value, traders have the massive advantage of being flexible and able to exit positions quickly. The lesson here is to avoid trading like an investor or investing like a trader.

Does averaging down have any value?

In conclusion, averaging down is generally a counterproductive technique for short-term traders and a sign that better risk management practices are needed. For those who do wish to apply this technique, consider whether the trade would be attractive if the initial position did not exist in the first place. Additionally, traders who average down consistently should backtest the efficacy of the technique within their own trading journal. Poor results may suggest yet another instance of throwing good money after bad.