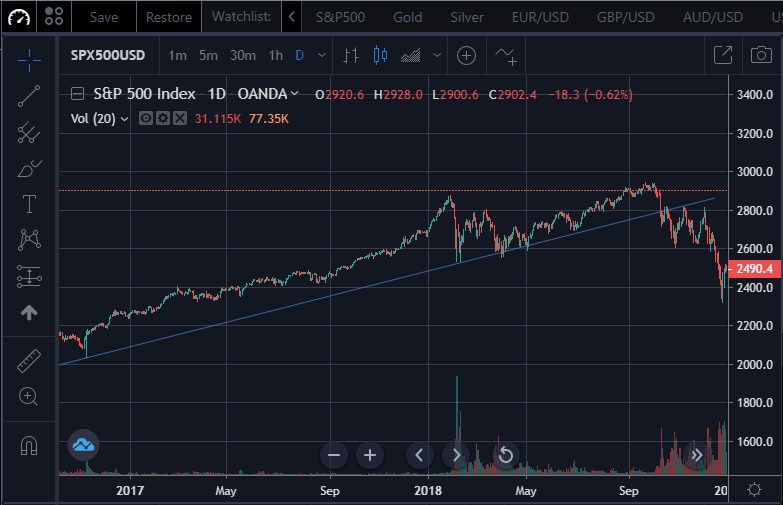 It can be pretty difficult to forecast prices for a future time period, but based on history and what has happened before, traders are able to more accurately guess where the price will end up. Traders are able to determine if the price is going to be higher or lower based on past prices and the market trend. The way market changes are represented on charts are in the forms of zig zags, which also display the peaks and throughs. The trend is determined by how these peaks and throughs move in terms of overall direction. A trend is represented by a trend line. The price points are connected (usually 2 or more) and stretched out to a later period of time to play the role of support or resistance.

An uptrend represents higher highs and higher lows by showing the gradual ascension of peaks and troughs in a given chart. This shows that new top price as a result of the price action is higher than the one before it. The same could be said with the low price, as the new low would increase to be higher than the previous low. An uptrend line is used to display this information, and is drawn upwards to connect two low points, the second one being higher than the first to create the positive sloping line. These lines play the role of a supporter and signal to traders that even with the increase in price, that there is more demand than supply in the market.

Unlike an uptrend, a downtrend shows lower highs and lower lows with its display of descending peaks and troughs. As a result, the new low price will be lower than the previous low. With the change in price action, the new high price will also be lower than the previous high. A downtrend line connecting the two high points, with the second one being lower to draw the negative sloping line is drawn to show the gradual decrease in price. Even with the lower prices, there is more supply compared to demand, representing a resistance.

Analyzing trends and using them to predict future price changes is an essential part of being a great trader. Forecasting, whenever an uptrend or downtrend is expected to occur, allows a trader to make decisions before others, giving them an edge in the market. The way traders do this is analyzing past prices and how they changed in order to determine a potential future trend that is most likely to happen.