Is there any risk factor involved in forex trading? 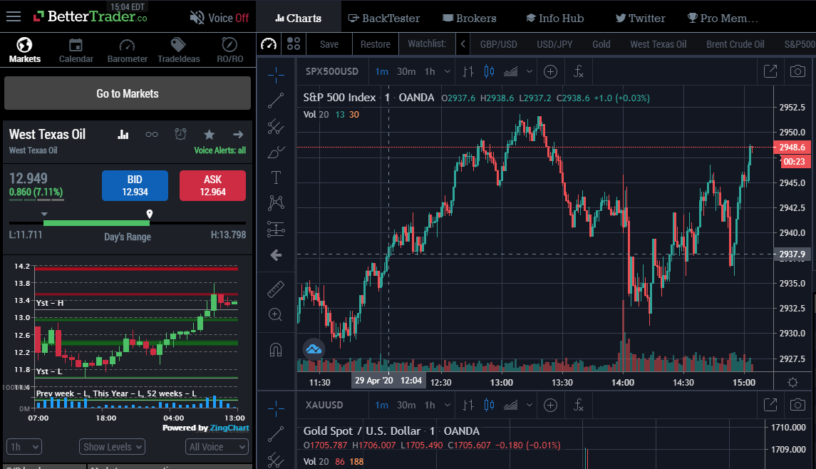 Forex is one of the riskiest and largest markets in the stock exchange. There are many economic, political and social risks involved in the industry, and one bad trade can leave you with nothing. On the contrary, part of the reason Forex is one of the more sought after markets in the world is its upside, where a stretch of a few great trades can leave you unimaginably wealthier.

Those scenarios are rare, but over time it is possible for one of those outcomes to occur in a career in Forex. With the stakes as high as they are in the sector, there are huge risks a trader must check in order to begin to make, or lose money. Below I will go over some of the risks associated with trading within Forex.

Leverage is incorporated into a small initial investment in the market, and a more common term to describe this in the industry is known as a “margin.” A margin will give a new trader in Forex access to significant trades within foreign currencies. Naturally, there are constantly changing positive and negative trends within markets in the stock exchange. Smaller price variations can result in margin calls where a trader needs to pay additional margins; During volatile market conditions, the contentious use of leverage can result in considerable losses from the excess of initial investments.

When entering a specific market, this is a risk an investor must consider on top of the many others to evaluate when determining whether a market will yield enough positive earnings for the investment to be worthwhile. Certain risks may also appear as costs rather than risks when focused in finance, and making sure to minimize your risk is what many experienced traders will advise as one way to become more successful in the industry.

When considering basic macroeconomic concepts, interest rates have an effect on a countries’ exchange rates, which leads to the adjustment of various values of their currencies.

In 1971, Western nations agreed to stop fixing their exchange rates and allow their currencies to float according to the forces of supply and demand. Because of this change in the way exchange rates value various currencies, currencies when compared to others can fluctuate in worth. If a country’s interest rates rise, its currency will enhance due to an inflow of investments in whatever that country’s assets are, resulting in a stronger currency that can provide higher returns on that specific investment.

However, if interest rates fall, a country’s currency will weaken as investors begin to withdraw their investments. Because of the roller coaster climate of interest rates and their circuitous effects on diverse exchange rates, the difference between currency value may cause Forex prices to dramatically change, even within a small time frame.

Transaction risks are different than interest-rate risk, however their end results within a market are similar. Transaction risks are an exchange risk that’s associated with time differences between the beginning of an agreement and when it is settled. Forex trading usually operates on a 24-hour schedule which means exchange rates may change before a trade has even been cleared.

Similar to other markets, the value of certain stocks or currencies constantly change, which may be a reason for a change in the price level of a currency. Consequently, currencies can be traded at different prices at different times, and at different trading hours. The greater the time it takes for a trade to be entered and then settled, increases the transaction risk incorporated with a trade. Any difference in time between when a trade is made and finalized leaves the market open to fluctuations in value which can lead to an increased yield in the market or higher costs.

A Counterpart in a financial transaction is the company which provides an asset to the investor. Counterparty risk refers to the risk of default that a dealer or broker in a particular transaction faces during a trade. Specifically in Forex trades, spot and forward contracts on currencies are not necessarily ensured by the exchange or clearinghouse related to a specific trade.

If a trader were to buy from a specific currency, the broker or clearinghouse as mentioned may attempt to save themselves from a higher trade yield by not insuring the market price when the currency was actually traded. This can make certain brokerage firms unreliable because although at the time of a specific trade the market price may be at one value, a major change can happen before the trade is finalized, and the firm can use this time to wait for a market change that would benefit them, and not the trader.

It is smart to be cautious and research to make sure the broker or clearinghouse you are trading with is fast to finalize trades and can be more reliable. Relying on a brokerage firm or clearinghouse without understanding their activity in the market, may backfire when they are late to finalizing a trade until a certain change in the market occurs.

When considering what options of currencies to invest in, a trader has to calculate the structure and peace of the country in question. Political, economic, and social crises in a country may affect the value of their currencies with legislation and economic changes that may have a drastic effect on the legitimacy of the country’s well being. In many developing and third world countries, exchange rates might be fixed against a world leader like the United States’ dollar.

Central banks need to sustain adequate reserves in order to maintain a fixed exchange rate in regards to these developing nations. A currency crisis may occur as a result of systematic balance of payment debts which could in change, devalue a currency. Overall, the changes in a country’s well being can have an overarching affect on the Forex market.

When a trader is considering buying a certain currency, the smart way to go about the market is to understand the risks associated with the trade. In order for a competent trader to make an informed decision about the Forex market, the trader will need to weigh the pros and cons, or understand their risk of the potential currency they are considering purchasing. Leverage risks in Forex may be more apparent when there are only minor shifts in a currency.

Traders may have to pay additional margins on price variations that can lessen the yield of a trade. Interest-rate risks have to do with the levels of interests central banks or governments set in their country’s economy. The varying change in interest can alter the value of a specific currency.

Transaction risks occur as a result of poor management of a trade. Brokerage firms can take advantage of the time it takes to process a trade, and wait for the market to change in their favor, rather than finalizing a trade at the time of the buy. Similarly, counterparty risks leave brokerage firms at no fault if there was a major change in the market; These firms cover their liability by claiming they are not responsible for the risks of market changes that can help, or mainly hurt a trade.

Finally, a country risk may be a significant issue when trading currencies. If a global pandemic, like the coronavirus outbreak occurs, it can have a drastic effect on the value of certain currencies due to political, economic and social risks of a country.

These major factors can have a huge influence on the fluctuation of the value of a currency. There are many risks associated with trading within the Forex market, but if a trader keeps them in mind when buying or selling a stock, they can capitalize on the potential Forex may have for positive trades.