What is the relationship between inflation, velocity of money, and monetary policy? 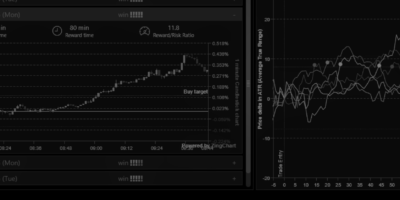 Alpha, Quant Trading, and Market Trends in the Past 20 Years 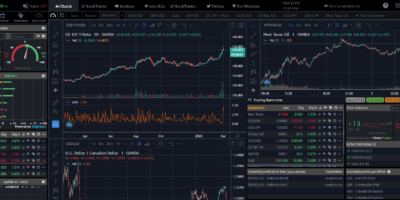 Why swing trading may be for you

Understanding inflation and its corresponding economic inputs and outputs can be a challenging feat; highly opinionated economists, investors, and traders are constantly debating the degree of inflation which will occur and its relationship to various inputs and outputs.

Given the widespread ramifications of inflation on various asset classes, traders should understand the framework which underlies this economic phenomenon.

Although this may seem like a simple question, it is actually important to define the term to ensure that ensuing discussion is not convoluted by differing interpretations. Generally, inflation is considered an increase in prices, however, some consider it to be an increase in the money supply itself.

This question is where scholarly debate begins; like every economic variable, inflation cannot be proven to be discrete. That is, one cannot definitively prove that inflation is not related to the countless other economic variables which exist.

As a result, defining what creates inflation relies on correlations and attempts to logically explain those correlations. A simple starting point in understanding inflation inputs is English classical economist John Stuart Mill’s Equation of Exchange:

This equation can be reframed as

Using the reframed equation, it becomes easy to see that price equals money supply times velocity of money divided by quantity of goods. This may seem complicated to beginners, however, the underlying logic is quite simple.

After establishing a basic framework for inflation through Mill’s Equation of Exchange, it is important to understand the institutions which actively attempt to influence inflation outcomes: central banks. Central banks use various forms of monetary policy to meet various objectives, including inflation targets. For example, in the United States, the Federal Reserve has a dual mandate of maximum employment and a 2% inflation rate. The primary tools used by central banks in achieving their inflation targets are interest rate changes and asset purchases. Just as they target inflation, central banks will target key interest rates. They typically do so using the assumption that interest rates and inflation are negatively correlated. This relationship is thought to occur because of an increase in the money supply and an increase in velocity of money.

Lower interest rates increase the money supply under the system of fractional reserve banking. This system involves a bank lending out a portion of its deposits while maintaining a certain amount of reserves. To illustrate this concept, imagine a bank takes in $1000 in deposits, and keeps $500 in reserves. Now imagine that the bank lends out an additional $300 of its reserves: the circulating money supply has now increased. Lower interest rates facilitate this type of additional lending by encouraging borrowers to borrow more and discouraging excess reserves. In the case of the Federal Reserve, this process is facilitated through targeting the Federal Funds Rate (the rate range at which banks borrow and lend each other money overnight). If the Federal Funds Rate is lower, banks earn less on excess reserves and are therefore encouraged to lend those excess reserves to customers. Additionally, it enables banks to profitably lend to customers at lower interest rates, thereby encouraging customers to borrow more. It is worth noting that the Federal Reserve and many other central banks also set a direct reserve requirement which can be changed to facilitate lending.

Of course, banks can still keep reserves beyond what is required; whether the reserve requirement is 0% or 10%, the banks still must be encouraged/discouraged to lend out excess reserves through interest rate targeting.

The second monetary policy tool which generally creates inflation is asset purchase programs. In asset purchase programs, central banks expand the money supply and use that newly created money to buy financial assets like government bonds. By adding more cash to the system and taking away assets, prices are expected to rise as a result of these programs. In most cases, there are specific requirements regarding the securities which a central bank is allowed to purchase and who they are allowed to purchase them from.

For example, the Federal Reserve is only allowed to purchase assets which are backed by the full faith and credit of the U.S. government (they have recently circumvented this requirement by providing liquidity to the Treasury department which then purchases other assets).

Although many of the relationships described above seem intuitive, history is littered

with unexpected deviations from conventional inflation theories. For example, some argue that low interest rate policies have produced a liquidity trap which actually reduces inflation rather than increasing it. This theory is based on the notion that interest rates which approach 0 encourage institutions and individuals to hold cash rather than interest-bearing securities. If there is no opportunity cost in holding cash relative to interest bearing securities, demand for cash will increase and its relative value will increase (deflation).

Additionally, although asset purchases are thought to increase prices, many economists are concerned that they only increase prices of financial assets. That is, these programs fail to produce the velocity necessary to propel their effects outside of financial markets. For example, after the 2008 crisis, many banks used the cash from asset purchase programs to increase their excess reserves rather than to lend to customers. As a result, the inflationary effects of these programs were not noticeable in consumer prices.

The lesson here is to remember that like all economic variables, there is no magic formula for predicting inflation. There is, however, ample opportunity for profitable strategies which predict inflation with some degree of accuracy.

Going from theory to profit – how to trade around inflation

Given that inflation is generally a long-term occurrence, it may appear that short-term traders have little to gain from understanding and betting on it. Rest assured, there is endless opportunity to trade around inflation. The simplest way to make such trades is to take positions around news events related to inflation.

Alpha, Quant Trading, and Market Trends in the Past 20 Years

Why swing trading may be for you