How can traders use MACD and the Chaikin Money Flow to gauge momentum? 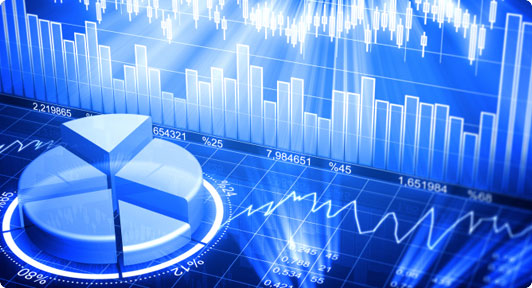 Both the moving average convergence divergence (MACD) and the Chaikin Money Flow are used to assess the strength of short-term trends in market prices. These indicators are most useful in identifying a shift in momentum rather than a continuation of the current trend. As with any technical indicators, MACD and Chaikin are not perfectly reliable and should be used in conjunction with other tools as well as diligent risk management practices.

The MACD measures the difference between a 12 and 26 day exponential moving average of specific securities or indexes. Specifically, it represents the 12 day EMA – the 26 day EMA. The direct utility of the MACD is actually not in the value derived from that equation per se; it is within the degree of deviation between that value and the 9 day EMA, known as the target line. For instance, if the MACD goes above the 9 day EMA, it is generally a bullish signal and when it goes below the 9 day EMA it is generally a bearish signal.

Another application of the MACD is to directly examine it’s trend in comparison to the security you are analyzing. For example, if the MACD is declining while a security is appreciating, that may signal the security is going to experience a pullback. Because the MACD is a lagging indicator based on moving averages, this strategy is less effective. Instead, Chaikin Money Flow is a better indicator to benchmark against the security directly.

Unlike MACD, the Chaikin Money Flow is a forward (predictive) indicator which can be directly contrasted against a security’s price movements to predict a directional shift in momentum. Chaikin Money Flow represents the degree of buying pressure (inflows/accumulation) against selling pressure (outflows/distribution). Essentially, when large numbers of institutional investors continuously increase/decrease their position sizes, the Chaikin Money Flow will reflect that accumulation/distribution. Consequently, it is logical that an accumulation of demand by such investors will place upward pressure on the security’s price and a distribution of supply will apply downward pressure.

In order to utilize each indicator, traders must be able to separate meaningful indications from statistical noise. This distinction will differ depending on each traders’ time frame. That is, traders with a 5 minute time-frame will seek much smaller moves than traders with a 3 hour time frame. To further predict the values required to indicate a reversal in momentum, traders can backtest each indicator and their predictive ability at different percentage moves. Of course, the more restrictive the backtesting, the lower the probability that trades will become available. That is to say, if you test for extreme moves and find that they produce winning trades a very large percent of the time, those extreme moves may not happen very frequently in the future and therefore reduce the frequency of opportunity.

How should you prioritize MACD and Chaikin Money Flow?

After backtesting the relevance of MACD and Chaikin to the security you are analyzing, you must decide how much weight to provide each indicator. Generally speaking, these indicators alone are not a strong enough basis for placing trades. Instead, it is recommended to use them as tools to confirm the development of a candlestick pattern or news-based price movement. After adding each indicator to your chart interface, use them to tie-break different trading opportunities rather than to spur trades directly. For example, if a long position in security A is supported by Chaikin and MACD while a short position in security B is only supported by MACD, consider allocating more capital to the long position which has the support of both indicators.