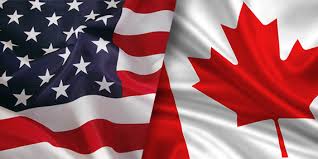 Before we can understand the three major factors that will determine many of the CAD/USD price changes we will need to understand a little about oil markets and also grasp the definition of a commodity currency.

Oil is Canada’s most exported resource. In fact, Canada exports over 3 million barrels of oil to the US per day totaling 99% of its total oil exports. Canada is America’s biggest oil provider, compared to the 1.9 million barrels the US imports daily from Mexico. This relationship is a major factor that  closely links the two economies and is important to the CAD/USD, especially when looking at the relationship between oil and this currency pair. Because of the amount of oil Canada exports, the strength of the economy depends on this resource. As a result of Canada’s dependence on oil, the Canadian dollar embodies the term “commodity currency”. This blog will focus on the relationship between oil and the CAD/USD.

As you can see in the above chart there is a strong, positive correlation of the Canadian dollar to oil prices. This has been a long lasting relationship and is known as one of the most sensitive currency/commodity pairs. It has a positive relationship of 0.78, with 1.0 being a perfectly correlated relationship. As a result, the price of oil closely affects the CAD/USD. This means that an increase in oil prices will increase the value of the Canadian currency, the “loonie” in relation to the American dollar and vice-versa.
The economy sees both increases and decreases in oil prices. When the price of a barrel falls, the US benefits, but oil exports are less profitable for Canada. These changes have a big impact on the Canadian economy and the value of the loonie.

For example, when oil prices are high, Canada has a higher inflow of money, increasing the supply of money in dollars (because oil is priced in USD) compared to loonies. This means a higher supply of dollars while the loonie supply stays the same making the loonie more valuable in comparison. If the price of oil falls, however, fewer US dollars go to Canada and the CAD is weaker.

In this situation, oil is a leader, and the CAD/USD follows (historically, at least 80% of the time). As a result, a move in oil can be a tip-off for investors to buy or sell the loonie. As a result, price movements in crude oil allow traders to turn oil into a financial instrument, meaning that at any moment, the odds of the USD falling when crude oil is going up is high, and vice versa.

Thus 3 Major Factors that will affect the CAD/USD are:

Global Crude Oil Inventory – Measures the change in the number of barrels of oil held in inventory. This report is published weekly and affects the value of currencies because a larger stockpile of gasoline pushes down oil prices. This will ultimately lower the value of the CAD. America is also increasing their oil production, which will cause oil prices to fall even more. When Canada decreased their oil production, the price of oil increased which strengthened the loonie. Extreme changes in oil price have hurt Canada in the past. In March of 2017, the Bank of Canada announced that it was not going to raise interest rates because the economy was still recovering from the big drop in oil prices. This was because if interest rates were raised back to their “normal” level, a recession would start.

Political Stability and Changes – One major example of this was the last US election. It was predicted that the dollar would immediately lose value if Trump won, but the exact opposite happened. Trump’s anti-trade stance worries Canada, though. Canada is the US’s second largest trading partner, so adding tariffs would seriously hurt the Canadian economy. The overall effect on the loonie will remain unknown until Trump confirms or denies his intent to end free trade. Political stability is also a factor in the value of a currency. As a rule of thumb, if a country is more stable, the value of the currency increases, and the opposite happens when a country is facing political instability.

Natural Gas Storage – Every week, the Energy Information Administration (EIA) produces a Natural Gas Storage report, which measures the change in the number of cubic feet of natural gas held in underground storage during the past week. Even though this is a US indicator, it has a big effect on the CAD and Canada’s energy sector. If the increase in natural gas inventory is more than expected, it implies a weaker demand and leads to falling oil prices.