Which is More Effective: Technical or Fundamental Analysis? 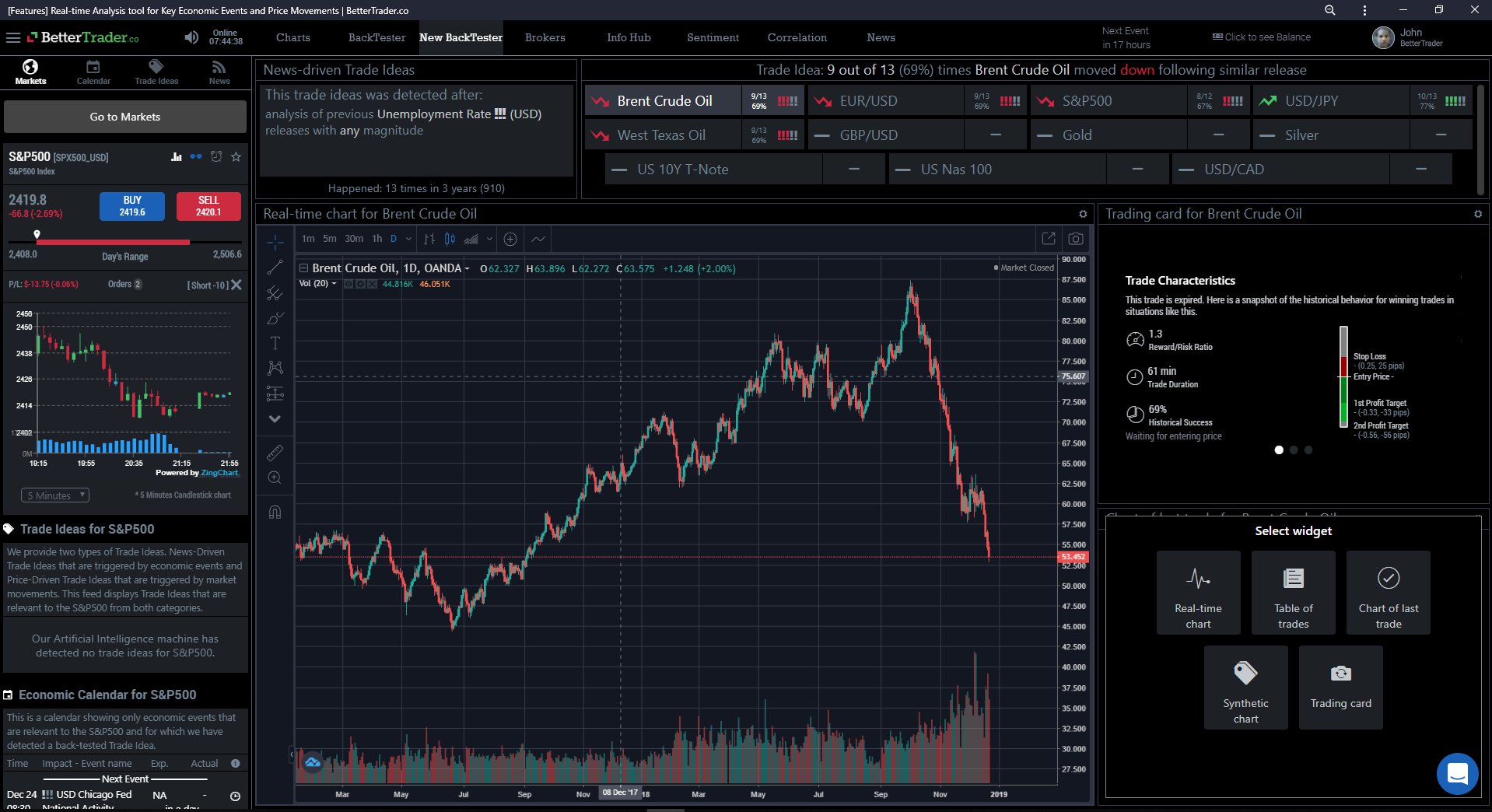 There are two main approaches to trading in the financial markets – the fundamental approach and the technical approach.

The fundamental approach involves following economic events and acting according to the strength of their releases. An example would be buying the S&P 500 after witnessing a very strong release of the United States Non-Farm Payroll (US NFP).

On the other hand, the technical approach involves buying at the support level, which is the point that, in the past, demand overcame supply. A trader would anticipate the price to rise in due time once the market bounces back.

So, which approach is superior to the other?

That’s a trick question! Both approaches work well in theory, but are simply insufficient within the grand scheme of trading. In reality, markets are incredibly finicky, because of the millions of humans and machines that process information and trade on a daily basis. Traders try to profit by following certain trading strategies and models, resulting in various sentiments in the market. These sentiments are formed from the aggregate approach of all traders in the market. If more traders believe that buying a certain bond is a profitable move, the sentiment to buy would arise.

Sentiments change like the weather and the same sentiment now could be very different in 6 months. This is why trading is tough – we never know what to expect and when to expect it.

Let’s explore the example of oil prices and the S&P 500 to illustrate the concept of market sentiments. There was a period of time where oil prices fell drastically from $75 to $42 per barrel. Oil prices first fell from $75 to $60. 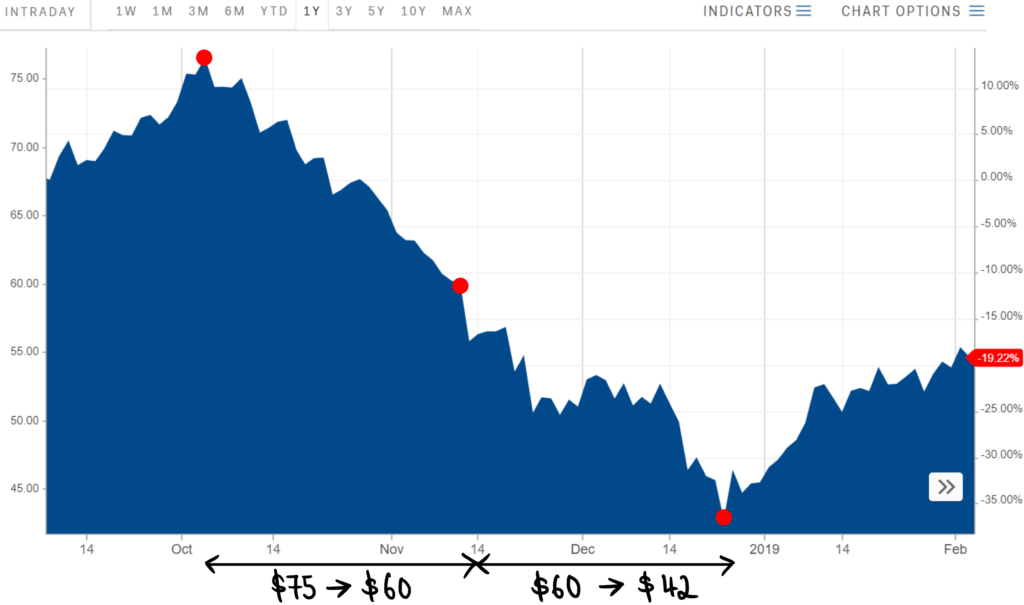 In this case, the sentiment was that lower oil prices act like a tax cut in the US economy as productions costs (electricity, transportation fuel etc.) fall. Thus, most companies would experience higher net profits, resulting in an expansionary effect on the US economy. A stronger economy causes the S&P 500 to experience greater demand and thus the S&P 500 goes up.

The price of oil eventually fell further from $60 to $42. In this instance, the sentiment was that lower oil prices indicate a weakening economy. Once this sentiment formed, it did not take long for the S&P 500 to start tumbling down as well.

Thus, we see how quickly sentiments can change for an event that moved a commodity price in the same direction (downwards). Furthermore, we also observe that in both cases, oil price was the leader whilst the S&P 500 was the follower since the S&P 500 reacted to changes in oil price.  A profitable trader must be able to identify (1) the leading/following dynamic as well as (2) the prevailing market sentiments. Many traders lack these skills and end up losing money instead of profiting.

Ultimately, trading is about being an observer: watching and listening to identify the current market sentiments. How does a market react to a specific trigger like a negative Non-Farm Payroll? Are there statistics that can help analyze future trends? These are questions that every trader should have in mind before attempting a trade.

This is our philosophy here at BetterTrader. We are constantly improving and developing new features that help traders detect latest market sentiments and to ride its wave until a new sentiment forms. The markets are not static, so why should traders be? Arm yourself with BetterTrader’s statistical analysis and trade ideas here to become a more successful trader.